Trade between Belarus, Russia's Tula Oblast 76% up in January-August 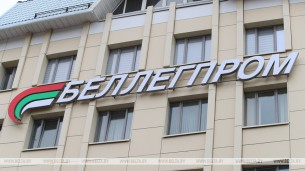 Trade between Belarus and Tula Oblast rose by 76% in January-August 2021 in comparison with January-August 2020 to approach $300 million, the press service of the Belarusian state light industry concern Bellegprom told BelTA.

Tatiana Lugina said: “Today we already see that results of mutual trade so far this year already exceed results of the entire year of 2020. At the same time there are plenty of opportunities for Belarusian companies to promote themselves in Tula Oblast.”

Vyacheslav Fedorishchev thanked Belarusian colleagues for the participation of the Belarusian National Union of Consumer Societies (Belkoopsoyuz) in events timed to the 190th anniversary of consumer cooperatives in Russia. “I can confidently say that Belkoopsoyuz's site during a fair was one of the largest and most picturesque,” he said. The Russian colleagues also mentioned effective interaction with Mogilev, Bobruisk, and Soligorsk as part of twinning programs, active cooperation of higher education and vocational education institutions of Belarus and Russia, and smooth work in the sphere of culture and sport.

The Bellegprom press service noted that taking into account successful cooperation of Tula Oblast and Grodno Oblast in various areas, the sides agreed to work out a roadmap within a month in order to sign an agreement on cooperation at a Forum of Regions of Belarus and Russia in Grodno in 2022.